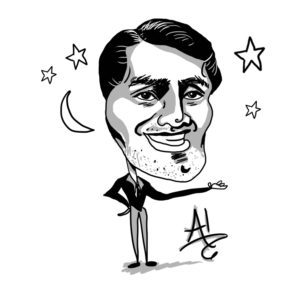 Al Bowlly, one of the most popular singers in Britain in the 1930’s, had quite the diverse background. His father was Greek, his mother was Lebanese, he was born in Mozambique, and he was raised in South Africa. His career started with dance bands in the 1920’s that toured Africa and Asia. He made his first recording in Berlin in 1927, singing Irving Berlin’s “Blue Skies.” Bowlly then relocated to London and sang with Fred Elizalde’s orchestra. Bowlly’s song “If I Had You” became one of the first recordings by an English jazz band to find popularity with American audiences.

Bowlly had significant success after joining Ray Noble’s recording band; he made recordings of a number of songs considered standards, including “The Very Thought of You” and “Love is the Sweetest Thing.”

He found some success performing in New York and again in London, but he died during the bombing of London in World War II. His last recording, “When That Man is Dead and Gone,” an anti-Hitler song, was made two weeks before his death.

Bowlly is remembered as a prolific recorder, singing on more than 1,100 recordings. He is also commonly considered the first “crooner,” a term for male singers who sang in a sentimental style that could be better realized after technological advances in microphones.